The focus for this workshop will be Stillwater patterns and in particular, three lures.

We’ll be tying three patterns in our workshop on 22nd August 2019. These are as follows: 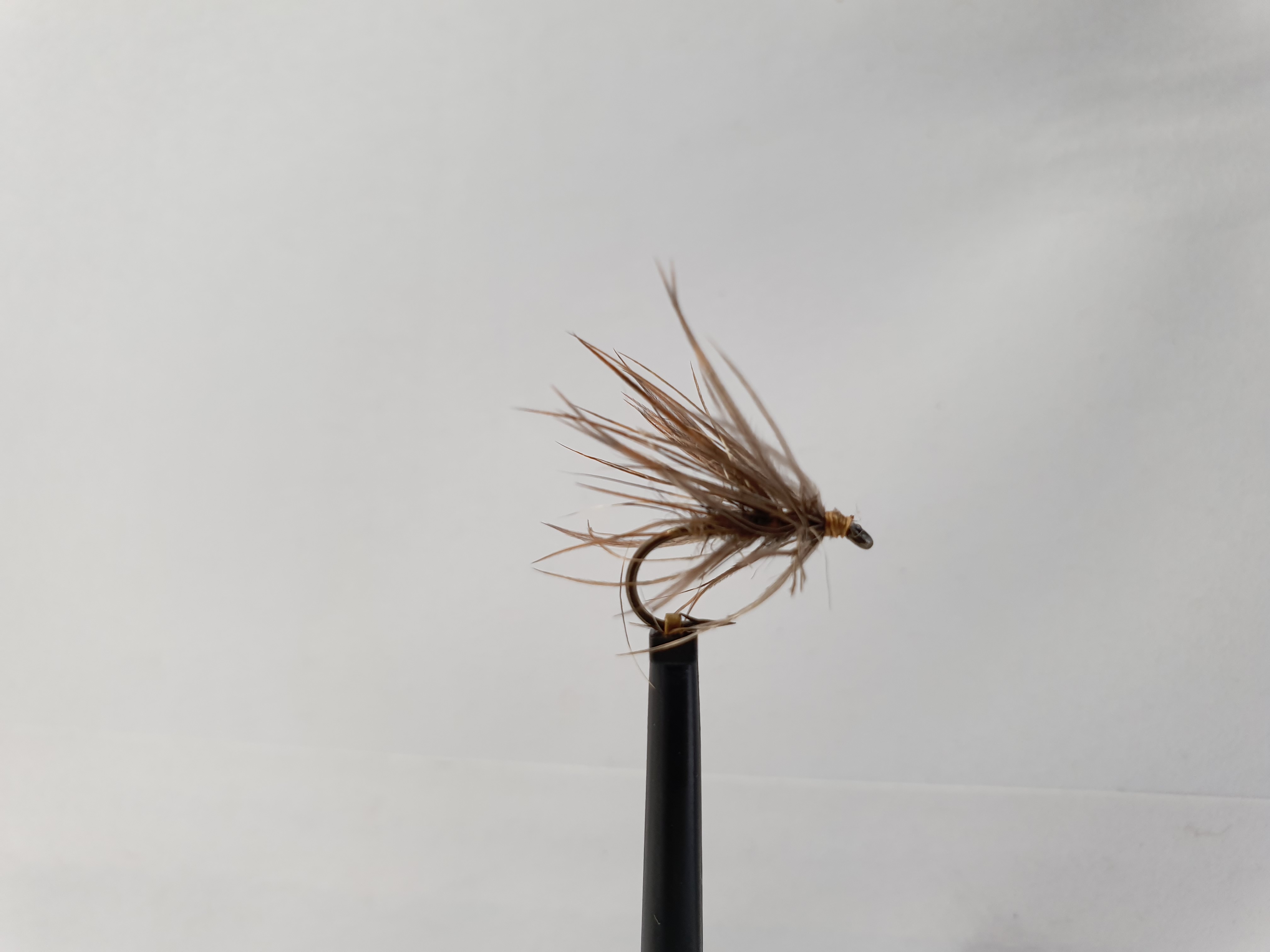 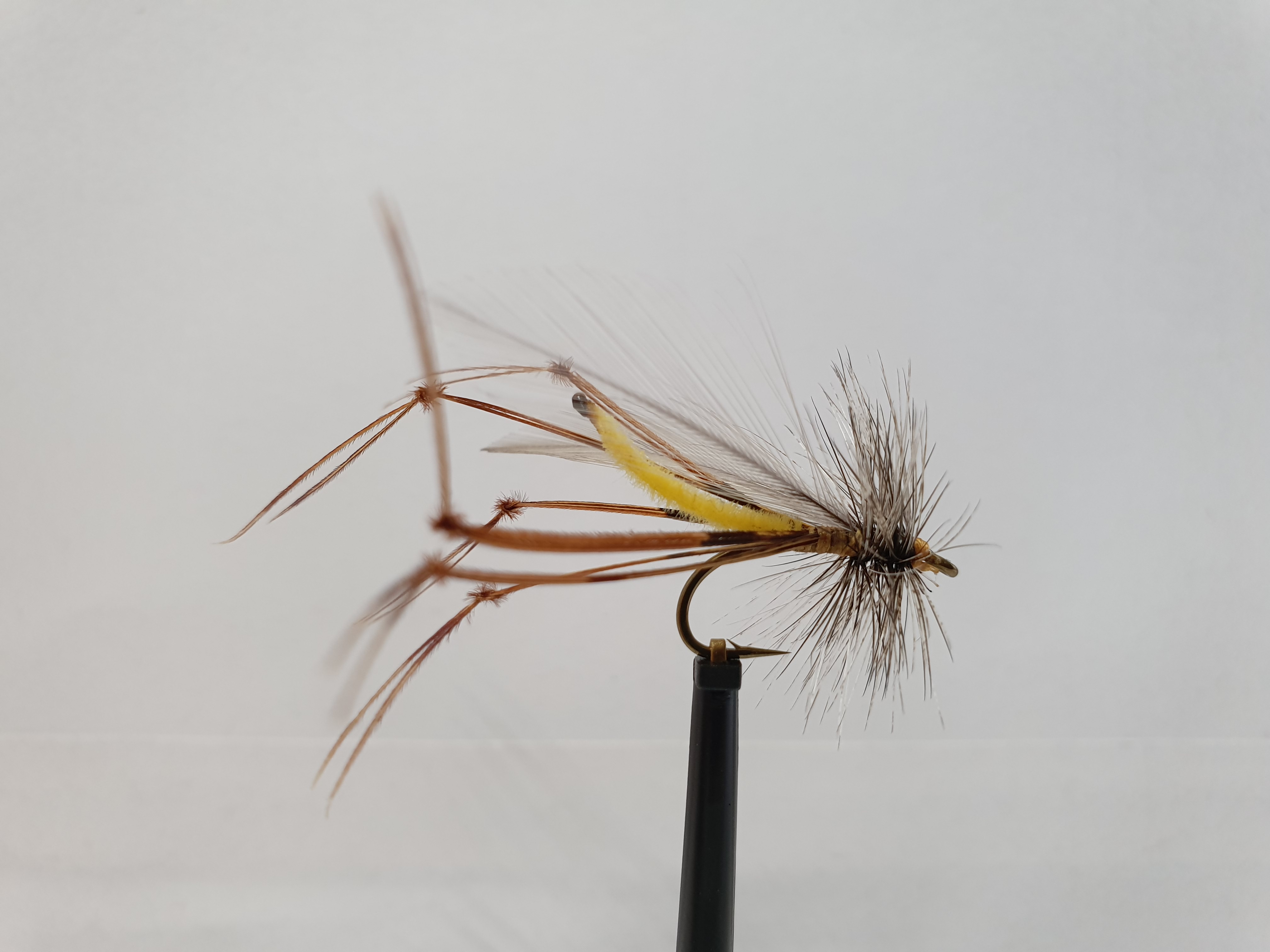 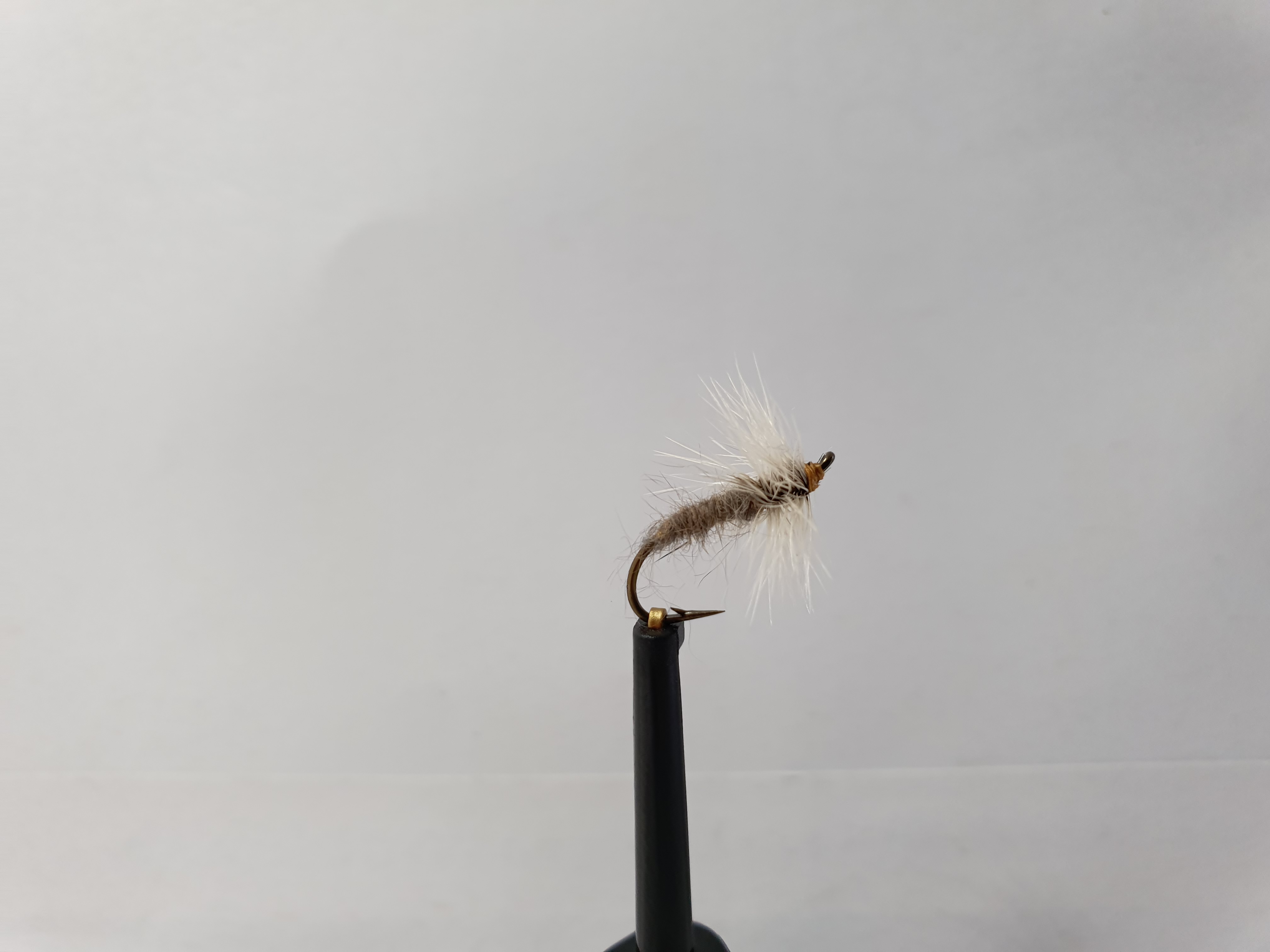 This was our first workshop of the season specifically designed for new members to come along to the club and enjoy a demonstration from Frank Moors of 4-simple fly patterns.  These comprised of; Buzzer, Partridge and Orange, Klinkhammer and a Predator fly.

In order to ensure that the hackle remains open (barbules extending at 90° to the hook). It is important to avoid covering where the hackle rachis surrounds the hook with thread wraps.

The thread is started at the eye and a layer applied of touching turns to the start of the hook curve (approx. 3/16th inch, 5 mm).  Antron wool is folded under the hook to produce a post about half way along the thread wraps and tied-in with a figure of eight turns and ‘posted’ by circular wraps extending 1-2 mm up, then back down, the post.

The thread is then returned to the hook and touching turn wraps extended to a position opposite the root of the hook barb.  A 2 inch (5 cm) ‘rope’ is created by winding a small quantity of dubbing around the thread (winding in one direction only) and the dubbing rope wound up the hook to create a carrot-shaped body up to the eye of the hook (beyond the post).  The thread was then whip finished at the eye and the fly repositioned in the vice with the shank vertical (eye pointing downwards).

The thread was retied in on the post material.  The hackle feather was cleared of ‘fluff’ and tied in by the rachis to the thread wraps on the post (feather extending from the hook in the same direction as the post).  The hackle was wound around the post, starting from the top of the post thread wraps, towards the hook shank and the resulting hackle tied in by whip finishing around the post.

Frank recommended using a flat thread such as UTC to produce an even body.  The thread was started close the hook eye and the body produced by a single layer of touching turns to the middle of the bend of the hook.  The rib material was tied in (full length of the body to the thorax) and the thread returned to the thorax area (about 1/8th inch, 3mm from the hook eye) with touching turns.  The rib material was wound with 5 to 7 evenly spaced open turns to the thorax area and tied in with thread.  The head was built up with touching turns of thread to produce a rugby ball shape and whip-finished.  The fly was coated with several layers of clear varnish to finish.

Variations on this fly pattern comprise of the incorporation of brightly coloured wing buds either side of the head and white breather tubes at the head of the buzzer.

The Dyneema thread was whip finished and black 8/0 thread tied on at the eye and the head formed with thread wraps which were then also whip finished.  The body hair was combed and then trimmed using serrated scissors to produce a fish-shaped profile. Small (3/16th inch) silver black stick-on eyes were attached to the left and right side of the head, with Uhu all-purpose adhesive, and the head built up with clear UV-cured resin.

Members from our fly tying club attended the 2019 Cheshire Game and Angling Fair in Peover Park. This is a chance for the club to get out and about, socialise with like-minded people, to tell bad jokes and to share techniques with many of the visitors to the angling village.

The angling village offers a number of attractions including two well-attended casting demonstrations from AAPGAI instructors. Karl Humphries, a local instructor to the area and John Walker, all the way from Snowdonia. You’ll also find the Grayling Society and Marton Mere Fishery.

It was also lovely to bump into Phil Ratcliffe who was on a well deserved day off, enjoying the show from the opposite side of the fence. Steve Beech & Alan Roe also offered demonstrations and advice on coarse fishing. Alan demonstrating the Wallace cast with a centre pin, an art form mastered only by the few.

It was also fabulous to see so many young people in the angling village, spending the day with family and friends as well as sharing their stories of catching fish and tying flies. Their enthusiasm for the sport was great to see, it was clear for those that attended that being outdoors was certainly a trump card to a video game.

An extended thank to our members, Dononry and Lee for running this year’s tombola and to Peter, Frank and James for tying on our stand.

With our 2019 season fast approaching, our club is a great place to learn the essential techniques to tie flies. No matter your angling preference, game, course or salt, you’ll find like-minded enthusiasts willing to share their patterns, tips and tactics.

We use cookies to ensure that we give you the best experience on our website. If you continue to use this site we will assume that you are happy with it.Ok